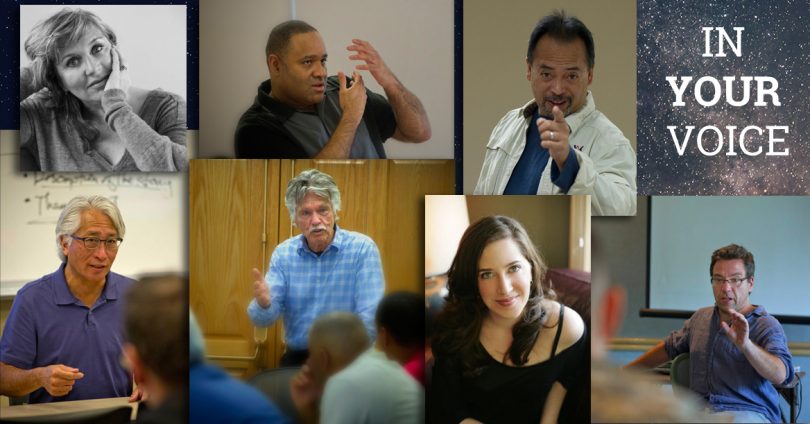 Our instructors provide a safe environment designed to develop our students’ skills while they discover a deeper sense of purpose and self-worth. Select here to learn about our courses.

“It is a fundamental function of everyday life to perceive one’s experiences in how we replay them.”

Johnny Bivera is Executive Director and Producer of Visual Media One, a documentary and commercial multimedia production company based in Washington, D.C. He is a free lance photo journalist with over 20 years experience in visual communication and has captured in pages worldwide from everyday life to the hostilities of war. He currently documents news and media events for a variety of clients where his work has appeared in major newspapers, magazines and video documentaries. He’s been published in numerous books and has worked on projects for publishers Harper Collins and the National Geographic Society.

He is the founder of Shoot Off Visual Media Workshops, a not for profit program for military and civil service photographers where the best speakers, mentors, editors and judges from throughout the country volunteer for this prestigious event that aligns our service members with the National Press Corps, industry leaders and veteran military photographers. These workshops provide professional development in helping to fill training gaps for our service dedicated photographers throughout the year. 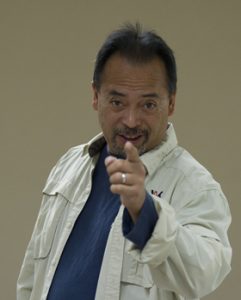 Bivera was an official videographer to President Bill Clinton, charged with documenting both official events and daily life occurrences. He traveled on Air Force One to cover notable and historic meetings of the President with King Hussein of Jordan, President Boris Yeltsin, President Nelson Mandela and American icons such as Rosa Parks and Muhammad Ali.

While in the U.S. Navy, he was the executive photographer to Chairman of the Joint Chief’s of Staff, Admiral Mike Mullen and chief of Naval Operations Admiral Vern Clark. He covered combat and humanitarian missions to maritime operations like the Bosnia/Herzegovina conflict, the Israeli-Jordan Peace Treaty, Turkey’s tragic earthquake and the war in Afghanistan. As a combat photographer he was assigned to special missions and was video support to the anti-terrorism Naval Security Coordination Team (Red Cell).

Bivera lives in Washington, DC with his wife Kirsten, daughter Amelie and beagles Potus and Ollie.

“True story telling, when it comes from within, is one of the most therapeutic process’, no matter what your background is.”

Warren Etheredge didn’t speak until he was 6 years old; he’s been going strong ever since, making a lively livelihood and the most out of every conversation, elevating small talk to high art, discourse to an ideal. He talks. He teaches. He interviews. 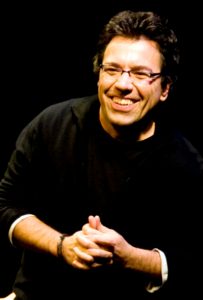 He hosts The High Bar (thehighbar.tv), the award-winning weekly television series devoted to “raising the bar” through light-hearted conversation with people who care about culture that matters. His guests include: Jodie Foster, Gary Oldman, Gail Simmons, William Gibson and Susie Bright.

He is the founder of The Warren Report (www.thewarrenreport.com) and as such curates and hosts over 200 events every year.

He is also one of the founding faculty of The Film School (www.thefilmschool.com), former Curator for the 1 Reel Film Festival (at Bumbershoot), a published author, an Off-Broadway produced playwright, an acclaimed documentarian, a regular contributor to public radio and, internationally, a much sought-after public speaker on a myriad of topics.

“We’re profoundly grateful these wounded warriors have the Red Badge Project to witness their stories.” 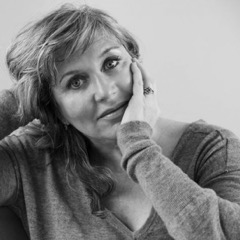 Sonya Lea is a memoirist, author and a great teacher. The Red Badge Project participants have been fortunate to have Sonya share her special interest in exploring themes of identity and memory as a guest artist. Red Badge Project faculty member, Warren Etheredge interviewed Sonya about her interest in helping others and exploring the intricacies of “Wondering, who you are”. You can hear that interview at her website: http://wonderingwhoyouare.tumblr.com

Recently, she and her husband attended a fundraising screening of the Crash Reel to benefit The Red Badge Project. The following day, she sent this quote to faculty member Warren Etheredge.

“Last night my husband Richard and I attended a fund raiser for The Red Badge Project. We watched the Oscar nominated THE CRASH REEL, about snowboarder Kevin Pearce, who was winning international competitions before he crashed and incurred a TBI. Later, we ended up talking to a lot of the guys about their own identity issues following their time in Afghanistan and Iraq. They’re really excited about our book about our relationship after my husband’s memory loss. We listened to their stories about people who don’t know how to relate to them any longer because they’ve been altered so dramatically. We’re profoundly grateful these wounded warriors have the Red Badge Project to witness their stories.”

“This is about not seeing every problem as a problem, but seeing it as an opportunity.”

Brian McDonald is an award-winning writer/director/producer who has worked in film, television and comic books for more than 25 years. His award-winning short film White Face was sold to HBO and Cinemax and is used in corporation’s nation-wide as a diversity-training tool. A sought after instructor and consultant, McDonald has taught story construction at Pixar, Disney Feature Animation and Lucasfilm’s ILM. 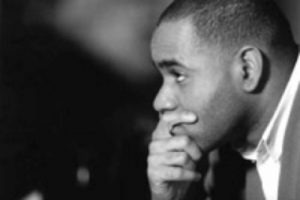 McDonald scripted Abe Sapien: Drums of the Dead, the first Hellboy spin-off comic book, as well as Lost in Space and Predator – Strange Roux for Dark Horse Comics. He has also directed spots for Visa and a segment for MTV’s $5 Cover and has written for A&E’s Hoarders.

McDonald is the author of the books Invisible Ink, The Golden Theme and the forthcoming books Freeman and Ink Spots. His book Invisible Ink is quickly becoming required reading film students.

“There are few storytelling experiences I’ve enjoyed as much as working with the Red Badge writers to help them craft their own stories. The dedication, compassion, courage, and generosity they bring to every writing session is an inspiration. The stories they have to tell, and the way they listen to one another, reminds me of how this simple act–  of telling the truth as we know it– is one of the most transformative. It’s an honor to be a part of it.” 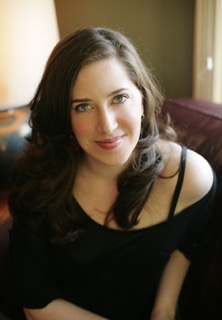 “There are few storytelling experiences I’ve enjoyed as much as working with the Red Badge writers to help them craft their own stories. The dedication, compassion, courage, and generosity they bring to every writing session is an inspiration. The stories they have to tell, and the way they listen to one another, reminds me of how this simple act– of telling the truth as we know it– is one of the most transformative. It’s an honor to be a part of it.” – Suzanne Morrison

Suzanne Morrison is the author of Yoga Bitch: One Woman’s Quest to Conquer Skepticism, Cynicism, and Cigarettes on the Path to Enlightenment (Random House/Three Rivers Press), which was a Crosscut Best Northwest Book of 2011 and has been translated into six languages. A recipient of 4Culture and Artist Trust grants, Suzanne is at work on a new memoir and a collection of short fiction. Her fiction and essays have appeared in Litro, Salt Hill, Washington Square, Printers Row at the Chicago Tribune, The Huffington Post, and elsewhere. You can find her at her website, suzanne-morrison.com.

“They have something to give to society, something worthwhile, and that’s themselves.”

Born in Detroit, Skerritt studied at Wayne State University and UCLA. Originally focused on directing, an acting performance in a theater production lead to his being cast in his first film, WAR HUNT (1962), where he met other young hopefuls, Robert Redford and the late Sydney Pollock. 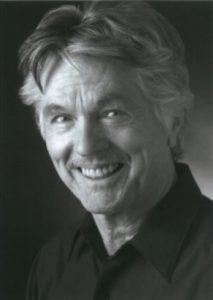 From his early role in Robert Altman’s classic comedy, M*A*S*H, to a roster which counts several classics among the movies he has made, including; HAROLD AND MAUDE, THE TURNING POINT, ALIEN, A RIVER RUNS THROUGH IT, STEEL MAGNOLIAS, TOP GUN, CONTACT, Tom’s work in an array of television and film productions continues to be a study in strength and subtlety. In THE TURNING POINT, (Best Supporting Actor, National Board of Review), he played the understanding husband of Shirley MacLaine, in ALIEN, the heroic captain of the infiltrated ship. He was Tom Cruise’s commander in TOP GUN, Sally Field’s husband and Julia Roberts’s father AND Shirley MacLaine’s nemesis in STEEL MAGNOLIAS, the fly-fishing minister father of Brad Pitt in A RIVER RUNS THROUGH IT. Co-starring with Jodie Foster in CONTACT, Skerritt played a less noble character as her ruthlessly ambitious superior.

Best Actor Emmy winner for his series PICKET FENCES and one of the most versatile and acclaimed American actors of both movies and TV, Skerritt is rapidly becoming one of film’s noted educators. He is one of the top Hollywood creative multi-talents who founded The Film School in Seattle. A Mecca for learning and engaging the art of storytelling, The Film School has become synonymous with the forward-looking and brilliantly effective training for the film arts.

While Chicago may have locked the title of Second City for training comedy talents, Seattle is becoming the Second City for instilling the skills of Storytelling in film. His own screenplay, HONOR AND STONE, is ready for production. Heyou Entertainment is the company he is forming to produce his film, as well as screenplays emerging from The Film School and other resources for production in the Northwest.

“Narrative is a way we perceive the world. We dream in stories. Telling stories is a way to gain some control over chaotic events. We can’t expect to heal from everything. Figuring how to live with it is the objective. Veterans are already great storytellers, and they’re really willing to help each other out.”

Kathryn Trueblood teaches courses in the Literature of War and Homecoming at Western Washington University where she also founded “Stories Deployed: The Veterans Chronicles,” a storytelling performance that brings together vet groups from across Whatcom County as part of a national movement that seeks to end the disconnect between the Military and Main Street. It is co-sponsored by The Red Badge Project. Trueblood’s father was a captain in the army, which allowed him to become a doctor, after which he served in the reserves for ten years. He was stationed in Germany when she was a child, and she feels a strong affinity for military life.

Trueblood’s novel, The Baby Lottery, was a Book Sense Pick in 2007, and her story collection, The Sperm Donor’s Daughter, received a Special Mention for the Pushcart Prize in 2000. She was awarded the 2013 Goldenberg Prize for Fiction, judged by Jane Smiley and sponsored by the Bellevue Literary Review. In 2011, she won the Red Hen Press Short Story Award and was selected for a grant from the Barbara Deming Memorial Fund, the oldest feminist funding agency in the U.S. Trueblood’s stories and articles have been published in Poets & Writers Magazine, the Bellevue Literary Review, The Los Angeles Review, Glimmer Train, The Seattle Review, Zyzzyva, and others. A professor of English at Western Washington University, she lives in Bellingham, Washington. Email: Kathryn.Trueblood@wwu.edu

“They try to write in a way that reveals what they are trying to learn about themselves and their relationship to the world.” 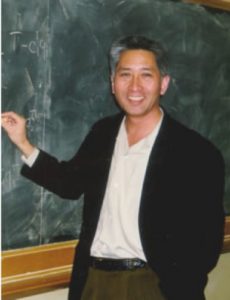 Shawn Wong’s second novel, American Knees, was adapted into a film titled “Americanese” and will be released in 2012 (directed by Eric Byler). The film won several film festival awards and Wong served as associate producer. (www.americanesethemovie.com).

Wong has also been awarded a National Endowment for the Arts Creative Writing Fellowship and a Rockefeller Foundation residency in Italy. He has won several writing awards including a first prize from the Society of Professional Journalists in the humor category in 1997. Wong was featured in the 1997 PBS documentary, “Shattering the Silences” and in the Bill Moyers’ PBS documentary, “Becoming American: The Chinese Experience,” in 2003.