Here’s a piece with a preamble by one of our vets, Michelle Murray

After a 25 year hiatus, I decided to start writing fiction again. Like many writers, I felt like an imposter and needed to break through that feeling. I came upon a short story writing contest where I could get feedback from the judges. The story had a maximum 1500 word limit and the theme was “Boundless”. I had no idea what to write. I put pen to paper and started writing about a woman sitting on a beach without any clue where it would go. It was an unexpected journey since it isn’t my normal genre. There were over 250 entries and while I didn’t even get an honorable mention…I did make the judge’s shortlist. I’ll never forget Laminura. It is the story that told me I’m a writer, not an imposter.

Sarah found herself sprawled face down in wet sand. A peculiar object jutted from the ground. She crawled over and slowly unearthed a strange black metallic square.  Once freed she inspected it closely. A semi-circle attached to the end glowed brightly when she touched it. Warmth traveled the length of her arm to her head. She glanced down at her hand, the metallic square had vanished.

She looked up and down the beach but her eyes were met with miles of sand and beach grass. No seagulls nor sandpipers. In fact, Sarah was very much alone. The only sounds were the ocean’s waves and her own breathing. The world had fallen silent. A chill swept through her when she felt, rather than heard, a hauntingly familiar melody. Colors ebbed in and out of her, pulsing in time with the music. Hazy purple squiggly lines, orange blossoms, pink blobs, green triangles, and shapes and colors she had never seen surrounded her.

A human-like golden shape floated towards her. “Hello, Sarah, I am Shindaruin, guardian of the Laminura. The metallic card you picked up contains the Laminura. It is the force you absorbed. This is a special and rare gift from our creator.”

Sarah blinked a few times before finding her voice. “Am I dead?”

“Quite the opposite. The Laminura is the God force. It grants the power to change things. There are a couple of caveats. The Laminura is only available for one human week and you can’t do anything implausible. The world can’t wake up tomorrow with poverty eradicated overnight. Whatever you do will have consequences. Whether positive or negative, is for the Laminura to decide. This gift comes at a heavy price. At the end of the week, you will die.”

Sarah shook her head to wipe away the fog obscuring her thoughts. “Excuse me, did you say I am will die in a week?”

Her eyes glistened. “Please, take this ‘gift’ back. I don’t want it, I want to live.” Her voice cracked with each word.

“I’m sorry Sarah. The Laminura is a part of you now and can only be taken back upon your death.” Shindaruin’s face expressed heartfelt compassion. “The time has come for me to leave you.” He reached out and touched her shoulder sympathetically. Overwhelming love flowed into her heart. Then Shindaruin was gone.

Mentally she struggled to grasp what just occurred. This was too surreal and unbelievable. A heat pulsated within her that cast a faint glow around her before vanishing. Suddenly, the cry of seagulls, incessant chatter, music, and car engines collapsed over her. Everything blurred around her before coming into focus. The fall must have caused a concussion and induced a hell of a hallucinatory experience, she thought. An unsettling sensation spread across her chest. But what if…

She turned her head in time to see a black puppy running around the parking lot a few yards away. A young girl running after it, laughing and giggling. Neither noticed the green Jeep Cherokee back out of the space.

A thought barely formed in Sarah’s mind when the Jeep stalled out and quit a mere foot from the pair. A frantic, screaming woman ran to them, scooping the child into her arms and burying her in kisses while the puppy jumped around them, barking and wagging his tail.

Something stirred within Sarah when she imagined the Jeep coming to a stop, a warmth that was no longer unfamiliar. This can’t be happening, she thought. A swirling tornado of emotions churned inside her. One emotion would surface only to be replaced by another, then another. I need to clear my mind. She walked towards the water. The sounds of the ocean and endless stretch of sand before her quieted the storm within.

Loud wailing broke her reverie and she lifted her head to locate it. A middle-aged woman with long, wavy blond hair sat at the water’s edge, doubled over, crying uncontrollably. Sarah’s own problems receded as her concern for the woman prompted her into action. “Ma’am, are you alright?”

A tear streaked face peeked up at her. The woman sniffled and swallowed a gulp of air to steady herself. “I’m—sorry—I’m fine,” her words punctuated by stifled sobs. Black trails of mascara marred her face, accentuating the pain her brown eyes reflected.

Sarah knelt and sat down, placing a warm hand on the woman’s shoulder. The woman turned towards her. “I’d hate to see you on a day when you’re not okay,” she said lightheartedly. A slight smile tugged the corner of her mouth as her eyebrows lifted which made her green eyes appear wider.

The woman’s rueful smile followed a self-deprecating laugh and sniffle. “Yeah, I guess—it’s rather obvious—I’m not fine.” With the back of her hands, she wiped her face, took a deep shuddering breath, and regained her composure. “I got horrible news today—Maybe saying it out loud to a stranger might help. My doctor diagnosed me with stage IV pancreatic cancer an hour ago and gave me two weeks.” Fresh tears erupted and she covered her face.

“Recently I received word about my own impending death” Sarah stammered. Withheld emotions rolled over her, releasing a flood of tears. The two women sat in the sand, holding each other as they wept.

Ten minutes later they were staring into the ocean, their anguish momentarily spent. The woman had given Sarah the release she needed to sort through her feelings. An image of the woman being cancer-free with a long life ahead of her appeared in her mind. The familiar warmth rose within her before slowly fading. “Get a second opinion. While mistakes are rare, the possibility remains. You’re due for a miracle,” Sarah said with a smile.

“That’s so strange. I felt a comforting peace flow into me and decided to do that. Maybe you thinking the same is a sign!” the woman exclaimed. Sarah smiled, patted the woman’s arm, and stood. Exhaustion permeated every facet of her being. 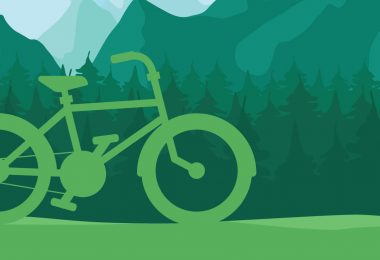 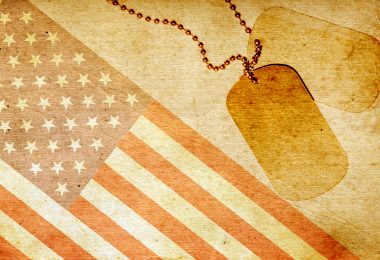