The fish tank has a flat back wall but the front one is curved and it causes quite a bit of distortion.  I can see the single, lone fish moving back and forth on the other side and its dimensions are affected by this distorting curve, elongating sometimes and shortening others… even going so far as, on occasion, making the fish appear to be two.

There are a couple of inches of natural brown gravel covering the bottom of the tank and two structures resting on this gravel.  One is an arch made from more of this natural looking stone; some brown, some grey, others almost white.  There are several places on this arch where small artificial plants have been glued to give it some type of realism, I guess.  The second one is a piece of fake wood with a couple more of these fake plants randomly glued along it, but the center of the wood contains a large, succulent type plant that almost looks like a flower.  It is quite nice, as far as fish tank fake succulent type plants go.

Every once in awhile I look for the fish and it is not there.  It must have gone behind something and so I pretend that maybe it is off on an adventure and has left the small, cramped living area.  But, that is silly and I know that it has to be there somewhere because it will always be there.  And so, I often feel sorry for the fish.  It is trapped in this small world and doesn’t seem to have much room.  It stays in this confined area and has no choice but to be content with doing so.  I wonder if it even thinks about things like that.  Does it wish that it was outside in a bigger world?  What would it even do if it took that chance?  I think it would get eaten up.

When I think about it, being inside the little area is pretty good.  It’s safe and secure.  And it’s not like another fish is going to show up and eat it.  Yeah, maybe it’s alright after all.

I haven’t seen the fish for awhile and so I move toward the front of the tank, look through the curved glass wall, and wait.  After what seems like hours I finally see it come into view and move toward me.  I think this is it!  It’s finally time!

The fish turns on the sun and it illuminates my world.  Moments later the fish opens the small door at the top of the tank and it drops in some dried flakes for me.  Those sweet, sweet flakes instantly start to become moist as they hit the water.  I don’t even wait for them to get soggy before I start eating.

The fish closes the lid and fades into its cramped little world.  As I watch it move away while I chow down on these once dried flakes, I think to myself… this life really isn’t too bad. 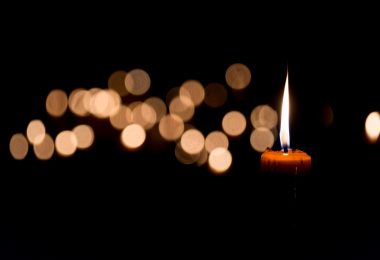