On May 2nd, from 5:00 – 7:00, in the Wilson Library Reading Room at Western Washington University, a powerful performance of personal writing by nine veterans from all branches of the military took place. Community partners included The Red Badge Project, VFW Post 1585, the Bellingham Vet Center, the WWU Veterans Services Office, and the WWU Veterans Outreach Center.

The event was planned to attract a large number of students as our goal was to bridge the gap in understanding between the civilian and the soldier. The stories told that night represented the rich and varied experience of military servicemen and women, from grief to laughter. The storytellers had spent a month in preparation via writing workshops and rehearsals.

Thomas Renteria evoked his struggle to create a relationship with his son after many turbulent years. Malcolm Kenyon depicted the a small-town on an Air Force Base in New Mexico where he grew up, in an era when almost every man he knew, from his teacher to his priest, was a veteran of World War I or II. Mark Okinaka’s platoon in Iraq undertook a futile battle with a pack of dogs (including Stumpy, who had only three legs). Alicia Faires wrote about a CO who kept apologizing for using offensive language, as though a woman in the army couldn’t withstand it—a harbinger of worse behavior to come. Keith Harmon conveyed the tensions in a combat outpost in in the Helgal Valley that had been previously overrun by Taliban fighters. Lynda Kozak adopted the point of view of an M-16 rifle, Betty, and spoke of the unfinished story her owner left behind. These and others all gave a unique glimpse into the life of a soldier serving in the US military.

Please consider supporting the work of the Red Badge Project if you can.
Select here for some ways to help them help our veterans. 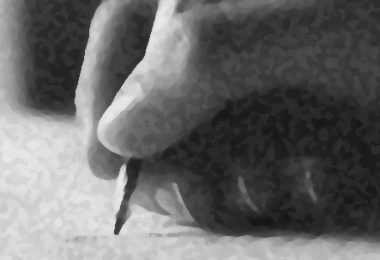